Nguyen Ngoc Thien, Vietnam’s minister of culture, sports and tourism, also added that festivals, Buddhist tourism and cruising will be developed and promoted, as part of a united drive to diversify tourism products.

He noted that while a single visa would boost cross-country travel throughout South-east Asia, the decision does not fall within the ministry of tourism’s remit. However, members have pledged to take up the issue with their governments.

Thailand’s minister for tourism and sports, Weerasak Kowsurat, added: “We (ASEAN ministers) have agreed to go back to our cabinets and see what can be done, so that the single visa dream we have been having together gets closer.”

Combatting overtourism was another issue discussed, with new measures outlined to disperse visitors – such as identifying 55 new destinations in the region which will be actively promoted throughout 2019.

“This is not just for international visitors but domestic travellers too. We are learning that overcapacity is becoming one of the major issues, and we are all going to pay a lot of attention to it,” Weerasak said.

Bernadette Romulo-Puyat, the Philippines’ secretary of tourism, pointed out that setting a carrying capacity is one way to deal with overtourism. One example is the recently-reopened Boracay, and it will soon be rolled out to other popular tourist destinations in the Philippines.

“For us, it’s not the numbers that matter now. It’s balancing business opportunities with social responsibility,” she concluded. 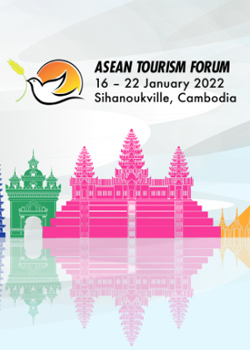